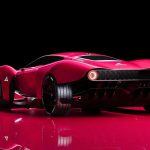 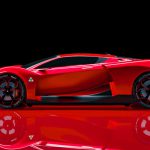 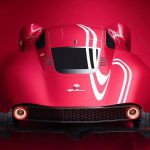 As we mentioned in one of our previous articles, the new Alfa Romeo supercar is coming. This information is not based on speculations but rather on the statement from the main man of the brand Jean Philippe Imperato.

In one of the recent interviews, he stated that the brand might push out another supercar that will take inspiration from the legendary 33 Stradale.

While the production details are still unavailable we still got a few pointers.

The main one is that the new Alfa Romeo supercar will be pushed by a twin-turbo V6 found in Giulia and Stelvio QV.

However, it will be tuned to produce more horsepower than the original 505. There are some speculations that we might even see it in the hybrid version, which would use the KERS technology from F1.

Essentially it will be one of the last cars Alfas produced which will be powered by ICE. We might get our eyes on the design study as early as next year, while the extra limited production version will have to wait a bit longer.

Before that happens we can feast our eyes on the incredible design done by Marco Martino who imagined the 33 Stradale successor for his master’s degree at IED Torino.

In the end, this comes as great news for us Alfisti especially since the original plans by Sergio Marchionne to revive the 8C and GTV were sacked by new management. Alfa’s next supercar will be welcomed with open hands, although only a few will get their hands on it…