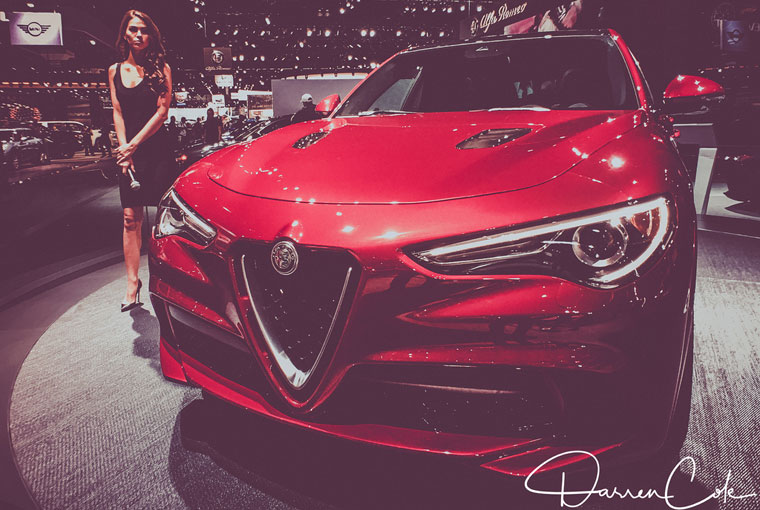 The time has finally come and for the first time in the history of this Italian company production SUV has been created named Stelvio after one of the best driver’s roads in the world. After long anticipation, numerous renderings and visions of fellow artists across the globe, new Alfa Romeo Stelvio did not disappoint.

It looks sleek, curvy but yet aggressive in its own way. It breathes out that Italian passion and style which most of its competitors across the Europe lack.

As we all know it was premiered in L A Auto show, a perfect place for such an event since it is one of the cars for which Alfa has huge plans, especially on North American market.

When it comes to engines, it was introduced with 510 HP motor from the Giulia QV, making the first Alfa Romeo SUV the fastest on the planet around the Nurburgring. Of course that is not all they’ll offer.

Besides the QV version Alfa is going to offer 2.2 diesel engine with 180 and 210 HP, as well as gasoline 2 liter engine developing 200 and 280 HP. There is also a possibility for the diesel V6 which is in use in Maserati.

This car is definitely more appealing than BMW X3, or Audi Q5, but best of all it is in another league when it comes to performance. Because of that it is able to compete with one of the best in the class, the Porsche Macan. It is another Alfa Romeo masterpiece which is completely built around the driver. Overall, it is stunning car which is great in every way, however, some might argue that it has too many similarities with Giulia, especially when it comes to interior.