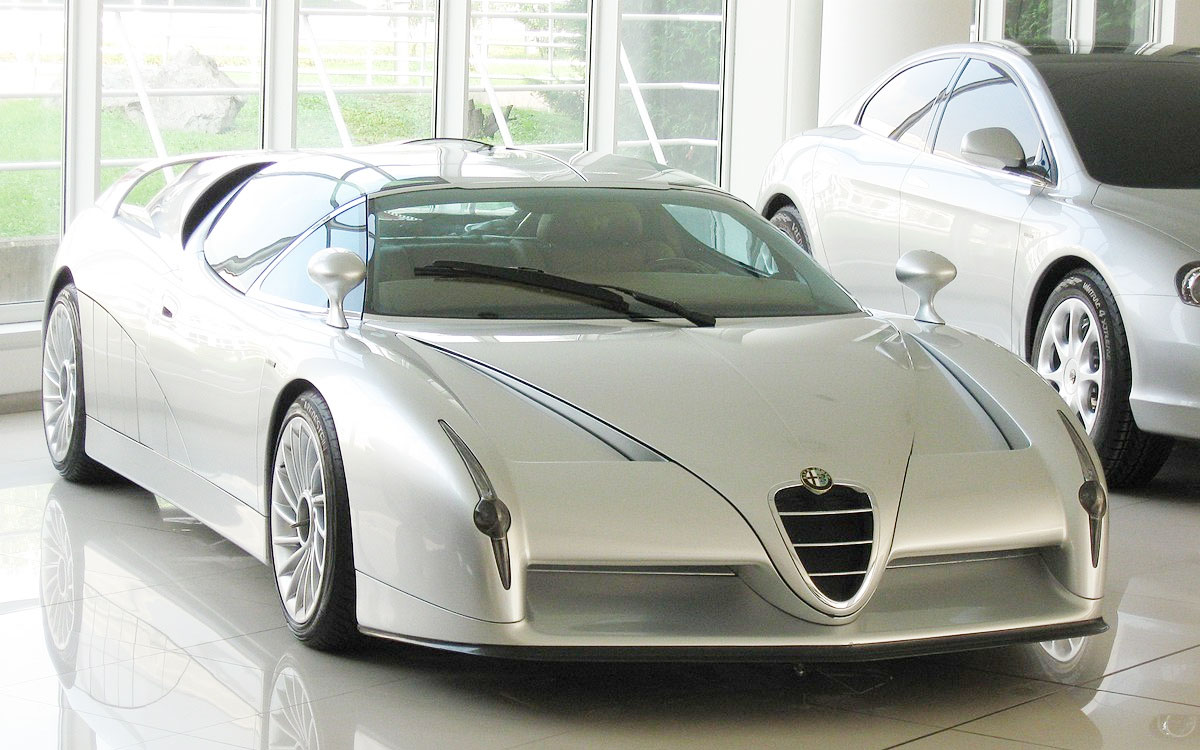 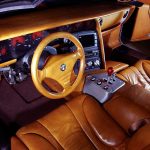 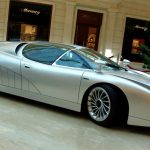 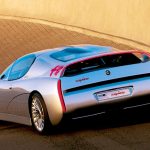 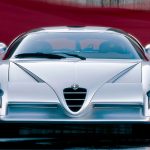 In 1997 something really special came out with a serpent badge and it was the unmistakable Alfa Romeo Scighera. It was designed under Italdesign roof by none other than Fabrizio Giugiaro. Whether you like it or not, we all have to admit one thing, it is striking, and design-wise (with a few modern tweaks) it could compete with the modern supercars.

When it comes to design Alfa Romeo Scighera was like nothing else when it came out. It was a true vision of future drawn by Italian car design from the nineties, and we all have to be honest and admit that these amazing curves look stunning even by today’s standards. When we focus on the front, it is clear that it was inspired by Formula 1 racing.

An almost unnoticeable front wing was designed in such a way as to ensure the maximum downforce, while the windshield design pays homage to racing cars from 50’s and 60’s. When we take a look at the side view, it is clear that this was meant to be a proper supercar. It is sleek, aggressive with fins on the back side, and even though they look great, they served a bigger purpose.

The back side of this car is a perfect example of masterful design ability Italians possess. It is simple, well-designed and it perfectly complements the rest of the car. Overall it is a design masterpiece, and surprisingly it looks production ready.

One thing that separates this car from the rest is the unusual doors. Glass part was connected to the roof and it opened upwards with an option to be removed altogether, while lower part opened just like in a conventional car.

The interior on the other hand was all about luxury and it was all covered in highest quality Connolly leather which was known to be used in brands such as Ferrari, Aston Martin, Jaguar, etc. As we can see from the photo, it is just a great place to be in. Futuristic elements are present here as well, from the impressive (for the time) infotainment screen to aluminium accents which fit perfectly in the overall feel.

Bulky seats don’t really look like they belong in the supercar, but they are fixed in one position while all adjustments are made by changing pedal and steering wheel depth and height.

When it comes to Alfa Romeo Scighera engine, the unmistakable V6 Busso was in charge of the horsepower. However, it was heavily modified 3-liter twin-turbo which was able to develop, impressive for the time, 400 horsepower. Even though it was twin-turbo, it was a still a high-revving engine which got most of its power around 6200 RPM. This was enough to push Scighera to 100 km/h in just 3.7 seconds while its maximum speed was around 300 km/h.

Configuration was excellent; the engine was mid-mounted while the six-speed manual transmission was placed in the front, basically between driver and passenger. This gave it exceptional handling and balance.

It is a shame Alfa Romeo Scighera never made it to production like it was intended by Italdesign. It was a great idea, and even better realization, not to mention a carbon fiber version intended just for the racetrack.