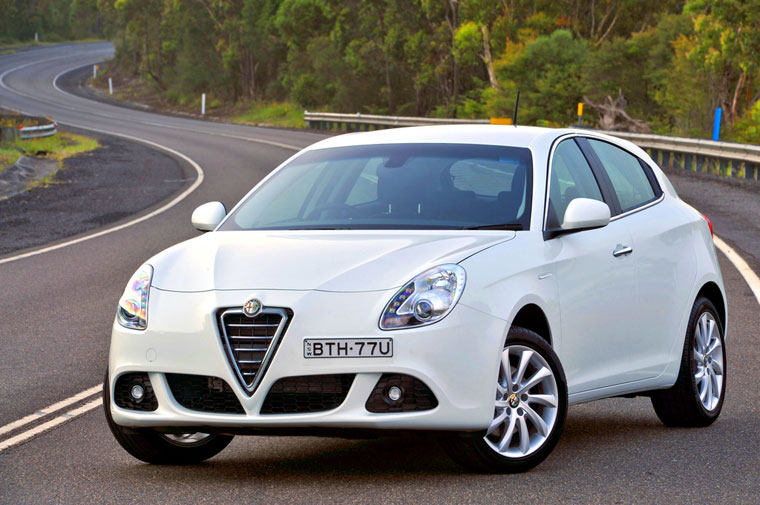 Even though each model of Alfa Romeo is attractive, this time even the name selection drew a lot of attention. First assumptions regarding name were wrong, instead of 149 this model was supposed to be named Milano. However, since production was moved from Milano to Torino there was some disapproval by workers, so something had to change. At the end solution was found, it was going to be called Alfa Romeo Giulietta. It is enough to say this name to imagine the impression this car is supposed to leave on us. But one question comes up; can new Giulietta justify its famous name?

Giulietta comes out of Alfa Romeo style center as sport but also as family car, ready to show its agility on demanding roads as the comfort in everyday use. It is made on completely new platform called C-Evo which represents evolution of platform used on Bravo and Lancia Delta. In line with new philosophy, Alfa Romeo Giulietta is equipped with DNA system which adjusts cars attitude with different conditions on a road, and even different driving styles.

Front end is characterized with new interpretation of classic Alfa badge, followed by massive air vents which give this beauty a sport note.

LED technology is implemented in headlights as the DRL light system for day. It is known that Alfa is following tradition when it comes to interior.

Beside leather, interior is enriched by aluminum which represents expression of Italian charm and style. Length of 435 cm and wheelbase of 263 cm allow this Alfa to be dynamic but also spacious and very comfortable.

There are few engines available some of them are; 1.4 TBi with 120 HP, there is a same engine in MultiAir version that produces 170 HP, from diesel engines there are 1.6 JTD with 105 HP and 2.0 JTD with 170 HP. For more demanding drivers there is 1750 TBi engine that produces impressive 235 HP. There are two transmissions; six speed manual, and the one with double clutch (DSG).

When writing about this car it is very hard not to be biased. We get the impression that the whole car is made out of small carefully designed details that are placed perfectly, and if one of them was missing the whole package just wouldn’t work.