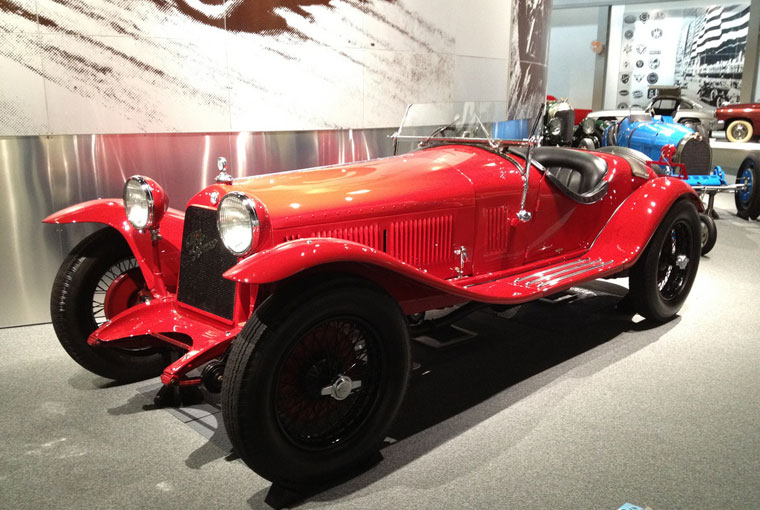 It all started in 1907 with a company called Darracq Italiana which was led by Cavalieri Ugo Stella from Milan and Alexandre Darracq who was the president of French automobile factory. At the beginning cars were produced in Naples but after few broken contracts the car factory was moved to Portello close to Milan. That’s where the factory changes its name to ALFA short for Anonima Lombarda Fabbrica Automobili which means Lombardian Car Factory.

First Alfa Romeo car was Alfa 24 HP, and it had 24 horse powers; it was designed by Giuseppe Merosi. Alfa also joined the races; race car drivers Franchini and Ronzoni won in 1911with 24 HP on Targa Florio race. When the World War One started production of Alfa Romeo cars stopped for three years.

In 1916 Naples entrepreneur Nicola Romeo took over, he converted the whole factory so it would be able to produce military equipment for Italian and Allies armies.

He produced ammo, airplane engines, generators based on engines they produced before. After the war Romeo became the owner of ALFA and car production was continued in 1919.

In 1920 company changes its name to Alfa Romeo and the first car they produced under that name was Alfa Torpedo 20/30 HP. Giuseppe Merosi stayed the head designer and the company continued to produce great road and race cars including 40/60 HP and RL Targa Florio.

This design proved itself as very powerful and reliable. Nicola Romeo leaves the company in 1928 and Alfa Romeo goes bankrupt but at the end it gets saved by very powerful Italian government. Factory was bombarded during World War Two, and it struggles to produce affordable cars after the war. In 1970 Alfa Romeo has money troubles again and at the end it goes under Fiat ownership in 1986.