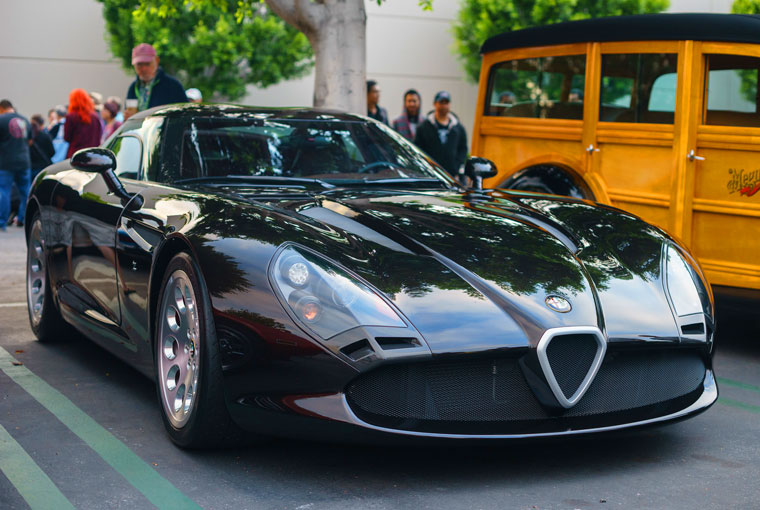 Sergio Marchionne a director of Fiat said that Alfa Romeo is European muscle car just like Dodge is American, and that they are not planning on competition between these two brands. So, Alfas models on the other side of Atlantic Ocean will be sold under Dodge badge, just like Dodges models will be sold in Europe under Alfas badge.

They came up with new Alfa Romeo Stradale TZ3 which has Dodges 8.4 liter V10 with 600 horse powers, six speed manual transmission and a state of the art suspension made for race track.

This is Zagatos second and last car, with which this Italian designer is honoring hundred years of history of Alfa Romeo. If you already forgot, his first car was the TZ3 Corsa built on Alfa Romeo 8c model which has won a Villa D’Este Design Concept award.

Alfa Romeo TZ3 Stradale will be built in ultra limited edition of only nine cars.