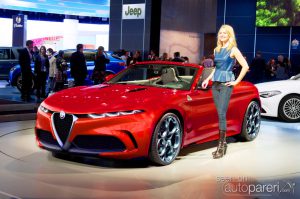 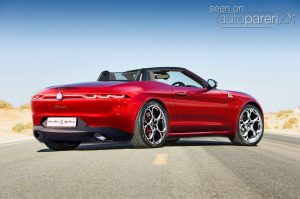 After a series of mass-oriented cars, from which some are yet to be released, Alfa might be finally going back to its roots. In the days of Tonale’s debut, the main man of the brand Jean Philippe Imperato gave us some info about the future of this famous Italian brand. He also touched upon the subject which interests us Alfisti, and it is regarding sports cars.

He mentioned on numerous occasions that Alfa needs to go back to its roots, and he repeated this.

He stated the return to Alfa Romeo sports cars from the past giving the two main examples, the Duetto and 33 Stradale.

If you are familiar with those two cars, then you know their role in the brand’s history. They paved the road to Alfa’s success, and hopefully, they are going to do that again.

However, while they referred to Alfa’s future with sports cars, they also said that it strictly depends on the brand’s success. Imperato also said that he is particularly excited about the new Spider which would bring the brand back into this specific niche.

According to him, the new Alfa Romeo Spider would come earliest in 2025. While that might seem like a long time from now, we have to take into consideration the process of development which can be quite tedious.

The STLA medium would make the new Alfa Romeo Spider bigger, faster, and potentially more appealing. On the other hand, if it’s built on the STLA small, it would be more affordable, thus available to more people.

When it comes to the engines, this is where news get a bit sadder. As you probably all know by now, the new Alfa management is strictly focused on the electrification of the brand.

This means that the new Alfa Romeo Spider might come only as electric. However, knowing this specific niche, and the fact that it interests car enthusiasts, there might be at least one feisty petrol version.

The are several issues with mass electrification. The first one are the batteries which require a lot of effort, mining, and thus polluting to manufacture, defying the term clean completely. The other one revolves around the people. Most car enthusiasts are open-minded and they will welcome the electrification with open hands.

However, the driving pleasure is simply not there. Driving an electric car is simply more clinical, bland, and soulless. Alfa’s main people have to consider this if they want a bright future for this Italian brand.