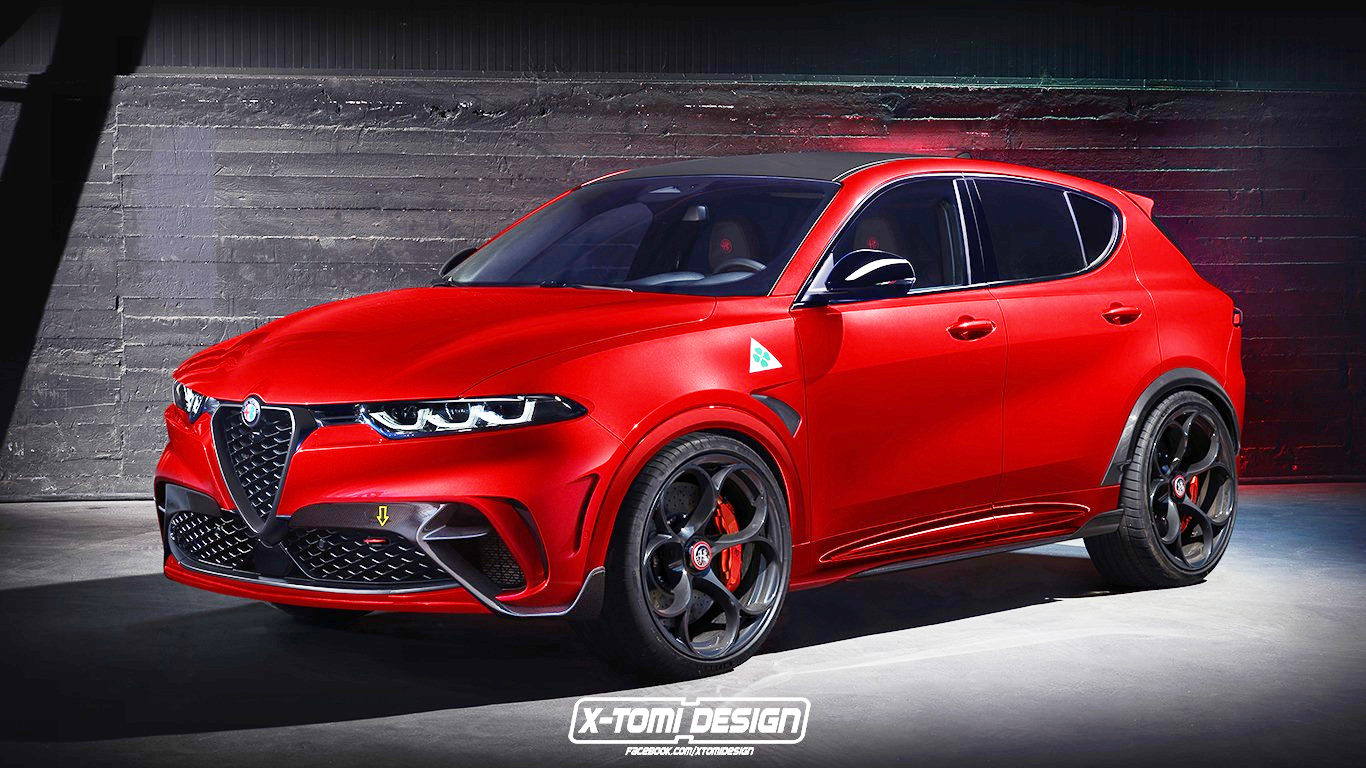 After numerous teasers, setbacks, and delays Alfa Romeo Tonale has been presented to the world. The premiere was well-received, and the thoughts on it are overall good. When it comes to Alfisti, the feelings are mixed, but still, Tonale has to be welcomed with open hands since it will pave the road to success for this Italian brand.

We have already covered all of the powertrain options, and you can read more about it right HERE.

Besides that, you can read more about warranty and safety features which make the Tonale competitive on the market.

The two strongest versions of the Tonale are going to be the 275 horsepower plug-in hybrid, and the all gasoline version, which we favor, that will push out 256 horsepower straight from the factory. This version also has the most potential for tuning, as it allows for a significant power increase just through software tuning.

But what about the Alfa Romeo Tonale Quadrifoglio Verde?

We theorized about it, and we concluded that the QV version will depend strictly on the overall success of the model. However, the main people of the brand had to say something about it.

Jean-Philippe Imperato was asked this very question during one of the interviews on the day Tonale debuted. He said that the QV version of Tonale is still under consideration and that the final decision will be made by the end of the year.

He went on to say that QV is going to be the brand within the Alfa and that each next model will potentially have the strongest version carrying this badge. Ideally, the QV version of Tonale will have the V6 bi-turbo under the hood, found in the same version of Giulia and Stelvio.

But, that might not be the case, as the strongest version of Tonale might be powered by electric motors rather than gasoline. Whether this concept will be more desirable than the QV version of Giulia for example, definitely not.

Now let’s move on to the render above. The digital artist X-Tomy Design envisioned the GTA version of the model, and it looks impressive. The overall appeal is stunning, and if Alfa misses on building something like that we will all lose. Something like this would definitely sell especially if it had the pure petrol V6 bi-turbo under the hood.