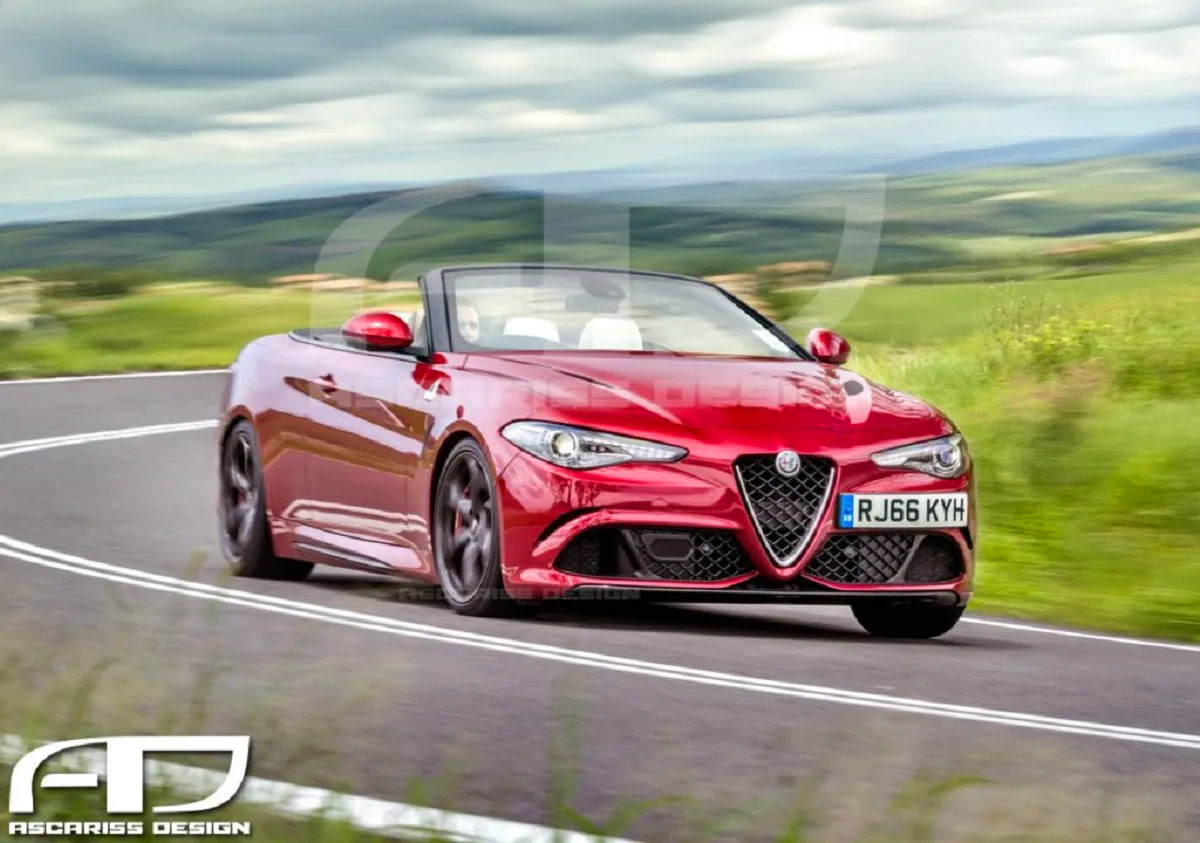 Even though an idea regarding Giulia’s convertible version is far-fetched at the moment, primarily because of the FCA/PSA merger, it is still something many car enthusiasts desire. Although chances are slim, there is still a possibility that we might see the spider version of Giulia in the future.

It is a niche market where Alfa could play a significant role, and if the main people of Alfa recognize the opportunity, the computer rendering you see above might come to life.

However, there is another side to this story. As we wrote in one of our previous articles, Alfa is preparing for budget cuts as part of the newly developed FCA/PSA production plan.

This already brought numerous drawbacks, like the sacking of the previously planned 8C, and GTV and things might get even worse for this Italian company. Their main plan is SUV and crossover production for the brand, and if this shaky plan fails, who knows what’s going to happen. The other part of the plan includes complete electrification of the brand, which is a bad idea, to say the least.

It seems that Stellantis simply doesn’t know their customer base, and they are pushing Alfa in the mainstream waters deeper by the day. While that might bring some success to the brand, it will definitely lose on its individuality, and the qualities we admire and love Alfa for might disappear altogether in the near future…