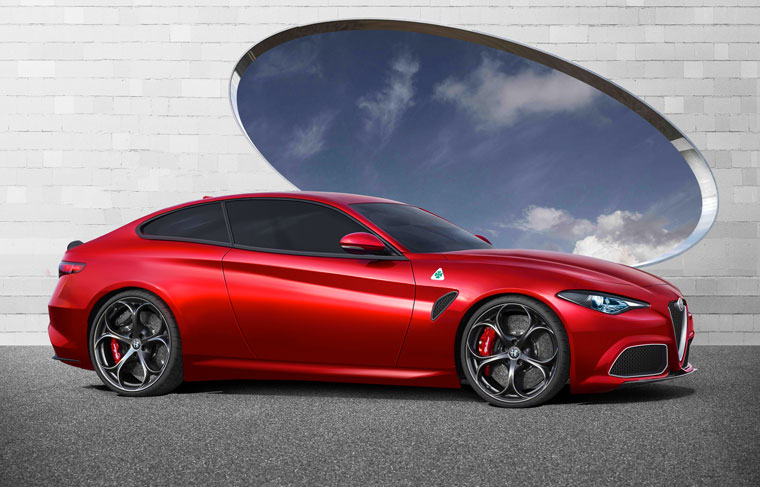 Ever since new Giulia came out, enthusiasts of this famous brand as well as everybody else have been discussing the possible Alfa Romeo Giulia Coupe. Sedan managed to become planetary popular and this really seems like the logical decision of the leading people in Alfa.

We got some info that this new coupe version of Giulia will be revealed in Geneva Auto Show this year. Even though it is something new and exciting, visually it is not really going to be drastically different compared to sedan version. When it comes to design, it is going to share much of it with Giulia, however, since it is a coupe, there will be some differences.

Alfa Romeo Giulia Coupe will be a direct competitor to BMW 4 series and judging by results of the sedan, BMW might have reason to worry. Just like the 4 series, it is going to be focused more on speed than practicality, and because of that, we might see a bump in overall performance.

When it comes to engines we’ll probably see the same options as in Giulia, and of course, the main star again is going to be 505HP QV version. It is definitely going to push this car to 62mph in under 4 seconds, how much under, it is still unclear.

Logically thinking, this car will be engineered slightly different. It is going to be shorter, which will ultimately result in weight reduction. As we all know weight reduction effects everything from handling to speed, so overall performance will have to be even more impressive.

Just as you can see from our rendering, it is going to be a stunning car. The absence of two rear doors really give designers even more freedom and since this brand takes style very seriously, we might get a true stunner. However, even though this car will be beautiful, it is not its only virtue. Engineering is exceptional, which means that Alfa was serious when they said that Germans are what they’re after for. And that’s what all Alfisti, as well as other potential customers, were waiting for. When it comes to name, it is going to have Sprint at the end, celebrating the tradition of some of the most famous Alfas.

Generally speaking, this is what Alfa Romeo needs right now. Appealing affordable car, which is reliable and engineered well. It is a true gem, a true adversary to the main German brands like Mercedes and BMW. Just remember the impression Giulia left on Jeremy Clarkson on Grand Tour.