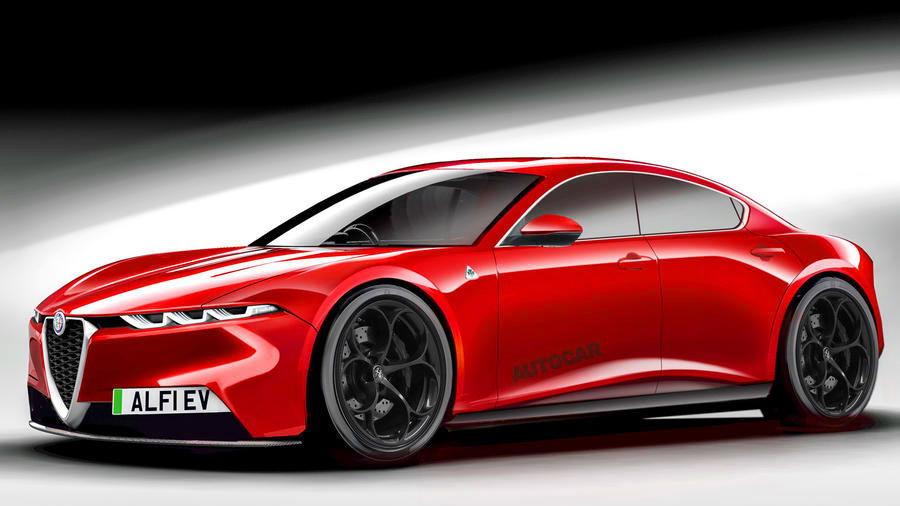 What will happen to Giulia?

As we wrote in one of our previous articles Alfa Romeo Giulia is going to take another form.

It will be something special and unique unlike anything on the market today.

Most probably, it is going to come in a form of a shooting brake. The design team is already working on this task, but there is no available info regarding the next-gen.

All we got are speculations, and words that came from Jean Philippe Imperato. You can read more about it right HERE.

Now back to the upcoming Alfa Romeo GTV. While Imperato didn’t go into details he did give us some info regarding the mentioned model. Alfa Romeo GTV is supposed to be the first fully electric car of the brand.

It is envisioned as the Tesla Model 3 rival, which is supposed to take on the popular electric car manufacturer with its style and charisma. When it comes to form, it is going to resemble something like the current Audi A5 Sportback. So basically it is going to come as a 4-door coupe.

As we already mentioned GTV is going to be a brand’s first electric car. However, since it is going to be built on Stellantis flexible STLA platform, there are some speculations that it might come in hybrid form as well. It is highly unlikely that we will see the new GTV with a pure petrol engine, which is sad news for all of Alfisti.

The production location for the mentioned model has not been selected yet. But according to Imperato’s words, new GTV will be built either in Pomigliano, or Cassino factories near Naples, as both will remain the base for the brand.

New Alfa Romeo GTV, like the rest of the upcoming Alfa Romeo models, is going to carry Tonale design language. Judging by the render above, it will look great, especially considering its 4-door coupe form. In the end, it seems like the new GTV will be another mass-oriented car, which, on one hand, is not bad considering the profits.

However, the question is how special it will be. All of the cars in the past produced under the GTV badge were special in their own way, now will the successor manage to capture the same magic, only time will tell…