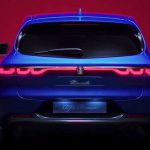 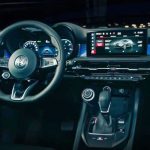 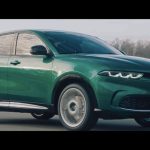 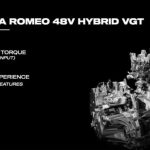 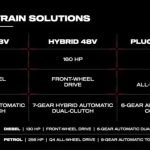 After years of waiting, we finally got to see the production version of Tonale. While most of these photos are low quality and don’t really show the model in real light, they are enough to give us a good idea of a final product. The trouble with these photos is that they bring out different feelings when it comes to exterior design at least.

The green photograph of Tonale is the one that looks the worst, and it gives out the impression of a disproportionate body.

The photo of a blue Tonale on the other hand looks stunning, to say the least. Whether it is the angle, or something else, we’ll see tomorrow. But the problem in general with these images is that they are taken from the leaked promotional video.

When it comes to the interior, it does look pretty nice. A large infotainment screen is something that follows the current automotive trends, while certain design elements follow the Italian style taken from Giulia and Stelvio. In the end, it is a great leak, and if we’re going to judge by these photos, we have to say that the new Alfa Romeo Tonale does look stunning.

Among the photos that are revealed, there are a few other photos that reveal the powertrain options. There is going to be one diesel which we previously wrote about numerous times, and it is going to produce 130HP that are going to be sent to front wheels through a 6-speed automatic transmission.

One engine option which we find most exciting is the 2-liter petrol turbo which is going to develop 256HP. This version will be all-wheel drive and will have a 9-speed automatic transmission.

When it comes to hybrids, there are going to be several versions. Two weaker “transmission implemented hybrid” options developing 130 and 160 HP will be a front-wheel-drive only. They will be paired with 7-speed dual-clutch hybrid automatic transmissions. To clarify even further, their electric power will come from electric motor that is integrated directly into the gearbox.

The strongest version will be a plug-in hybrid and it will develop 275HP which are going to be sent to all wheels through a 6-speed automatic transmission. While it is much more tamed compared to the concept, Alfa did deliver again. Tonale looks like it could be a huge success, but whether that’s going to come to a realization, only time will tell.