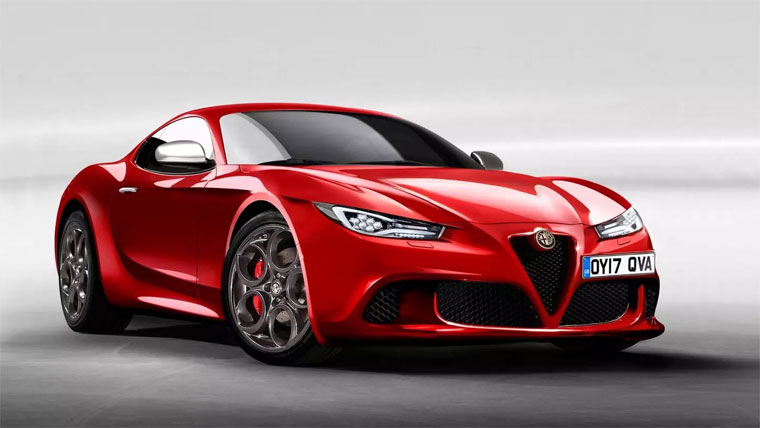 Few days ago we got the news that Alfa is going to compete with the BMW M3 with the Giulia claiming that they will achieve the equal or better performance with no problems. Now they went even further as they envisioned their new model the 6C which will go head to head with the Porsche 911 and Jaguar F-type.

Many people might be skeptical by these claims but keep in mind that Alfa has hit the rock bottom before introducing the 4C and the only way they can survive is by implementing some radical changes. They got to go for it all, and they got solid tactics and a decent budget to achieve their goals, no matter how crazy they might seem at this moment.

Base for such and immense confidence lies in the fact that this model will be based on the technological base of Maserati Alfieri which will hit the market in 2016, while the Alfa’s 6C model should hit the market one year later.

New Alfa Romeo luxury coupe will be rear wheel drive and it will most probably be powered by the 3.0 l twin turbo engine which develops somewhere around 500 HP which will be positioned in the front, however V8 engine is also not excluded.

As we can see from the renderings it looks amazing, and many will agree that this kind of design is certainly lot more appealing than the 911 which looks the same for decades. Performances and price are still unknown, the only bad news for Alfisti is that 2017 is still far away. On the other side Porsche will improve their 911 model by that time.

Alfa has some ambitious plans which might not be taken seriously by some people. However, keep in mind that this might be the last chance for Alfa Romeo to get back on their feet and that’s why these ambitious plans are justified and credible. If they do not succeed it might be the end for this Italian brand.