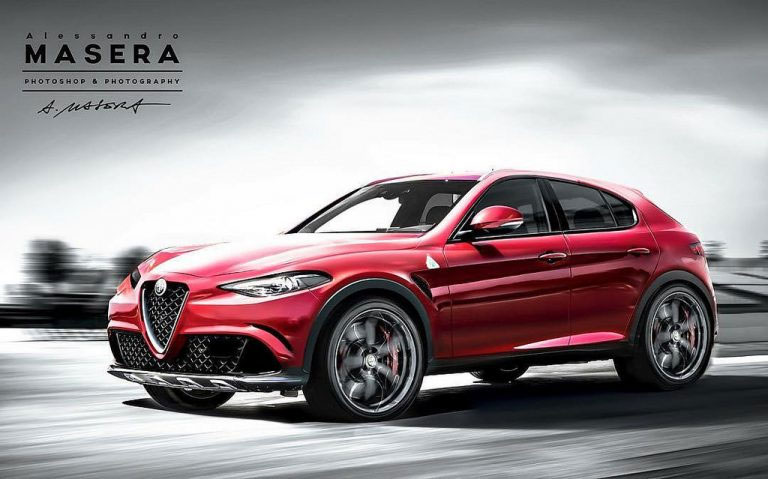 Italians are known by their development of sports cars, but this time we will have an opportunity to see the first ever Alfa Romeo SUV. Judging by Stelvio mule the model is more likely to be a crossover. The first official SUV from the Italian company may be going with similar look of newly announced Maserati Levante. Can the upcoming SUV meet the standards of the company, we will have to wait and see.

The car was supposed to debut together with Giulia later this summer or early fall, but it was postponed for 2017, although the production should start this year. New Alfa Romeo Stelvio is also expected to share a few other similarities with Giulia, most notably a dashboard witch pays close attention to details, as you all know Alfa always does. Alfa Romeo SUV will share a lot of design elements with their latest model.

When it comes to engines there will probably be four and six cylinder variations alongside real-wheel and four-wheel drive.

Also it is pretty safe to say that engines will be featured in both diesel and petrol editions. As of gearbox, expect 6 speed or 8 speed automatic, but manual is probably going to be offered as well.

And it would be very nice to see Quadrifoglio inspired twin turbo 3.0 liter V6 and around 500 HP.

In 2014 Sergio Marchionne, the CEO of Fiat-Chrysler group expressed a desire for Alfa Romeo SUV, and we are sure that it’s going to rival BMW X3 or Mercedes GLC but if everything goes by the plan Stelvio may even look to reach the heights of Porsche Macan.

As the information is really scarce, we can only speculate that more will be revealed in Los Angeles Show or possibly even in Paris a month earlier. But given all the information that we have, the price should be somewhere around 50k euros.

The eight vehicle plan set by Marchionne got stepping stones in Stelvio and Giulia, and hopefully the Italian company will reach its goal of 400,000 in sales annually by 2020. Now the only thing that is left is to make this dream a reality, and then we can enjoy.

Giulia is definitely going to be success, but Alfa Romeo SUV is somewhat of a gamble since the company never made this type of car. However, Alfa always leads in design and passion and if they follow the same philosophy with this project, it might prove itself as a big headache to the big names from Germany