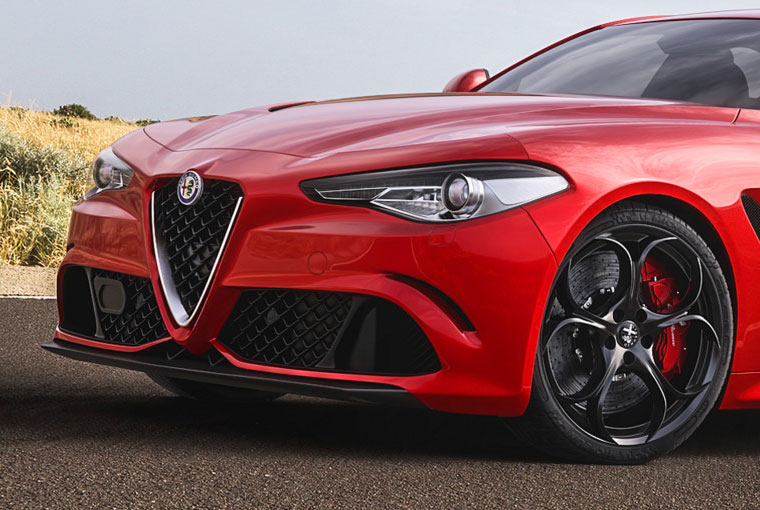 In the last couple of years there were a lot of speculations when it comes to this Italian company. Their latest production plan primarily resulted in skepticism, but mostly from those that didn’t believe that they could succeed. Alfa managed to pump up a bit of hope into the eyes of the pessimists with the 4C, however, the biggest change occurred when the new Alfa Romeo Giulia was introduced.

As it was announced few years back, it was primarily going to compete with BMW 3 series and while a lot of people didn’t thinks it was possible, Alfa managed to pull it off. They put their best on the project, and even though Giulia has few small imperfections, it proved itself as good as its German competitors if not better.

Now when they managed to beat BMW 3 Series with their latest creation, they are going for their more luxurious model.

Alfa BMW 5 Series competitor has to be even more advanced and sophisticated that Giulia. As we all know 5 Series is a good car, but just as most of the German cars, it lack a bit of idea and charm when it comes to design.

Those are probably going to be the focal points of this new Alfa. However, besides that it will have to overdo its competitor on other levels, the ones that BMW does pretty well.

Here is what we know

Alfa Romeo BMW 5 Series competitor will be built on the new platform which will be able to support plug-in hybrid power train. That will be the first for Alfa, but besides that we’ll also see diesel engine with six cylinders for the first time. Main people of Alfa also hinted at full electrification, but only time will tell.

510HP QV engine from Giulia is probably going to be one of the options as well. It will definitely be available in rear wheel drive and AWD just as Giulia, and we are going to see few of the same engines just as in their latest model. Alfa BMW 5 Series competitor looks good on the paper, and considering the success of their latest gem, we might see something special.