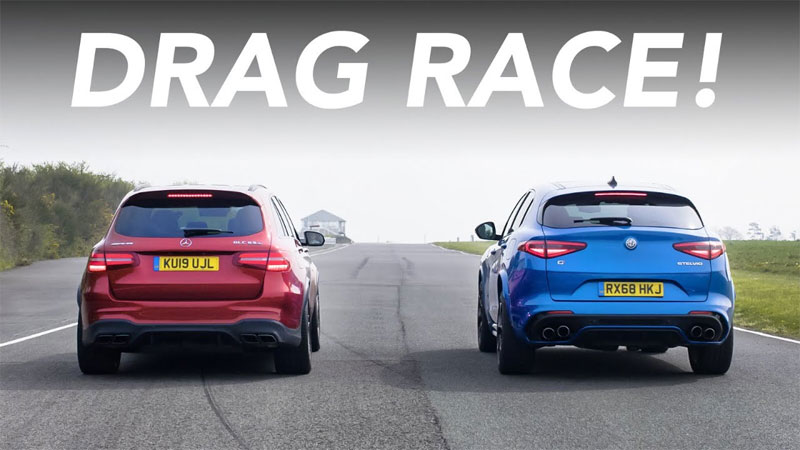 Who would’ve thought twenty years ago that we’re going to be watching quarter mile drag races between SUVs? Probably nobody, but that is exactly what we have here today.

In this video, we’re going to check out the drag race between Alfa Romeo Stelvio QV and Mercedes AMG GLC 63S.

It is one of the closest races ever, and it gives us an idea of how fast Stelvio really is.

Just to remind you under the hood of Stelvio QV is a 2.9 liter, twin-turbo, Ferrari-derived, V6 engine which develops 510HP.

This incredible engine proved itself as very capable in numerous occasions, and it is still continuing to do so. Whether we’re going to see any improvements in the future it is still unclear, but honestly, it is still hanging with the big boys, so it might not be the time yet for any upgrades…

Mercedes used different configuration, the well known supercharged V8 which also generates 510HP. One thing that differentiates them is the weight, as Stelvio is massive 200 kilograms lighter.

We’re not going to reveal the winner here, so check out the video and enjoy.