Alfa Romeo Tonale Wins Yet Another Award – “What Car? 2021 Car of the Year” 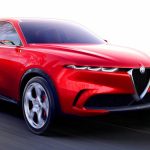 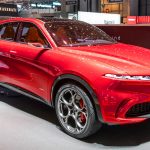 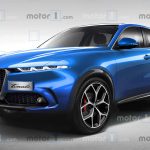 Ever since it was revealed at the 2019 Geneva Auto Show, the Alfa Romeo Tonale captured the hearts of many with its design. The designers got recognition for their work on numerous occasions, and after winning 2020 Most Beautiful Show Car in Paris, the Tonale got one more very important proof of validity when it comes to appeal.

The “What Car?” is one of the top UK automotive magazines which is primarily intended for car buyers, and the winner of this particular award is actually chosen by the readers themselves.

Could this maybe be the sign of Tonale’s success in the near future, only time will tell? But, considering its acceptance in the automotive world, and the approach the main people of the brand took, it could mean just that.

However, it is not all roses, at least not for us Alfisti. The biggest downside to it is the engine palette which lacks something as exciting as the Giulia/Stelvio QV’s 2.9 V6 bi-turbo.

However, that might change if this particular model reaches the success Alfa management envisioned. Just to remind you, the Alfa Romeo Tonale debut is supposedly scheduled for February 8th which is nearing soon. The serial production of the model is going to hit the dealerships the June 4th of 2022.

It has been a rocky road for the Tonale, let’s just hope that the listed dates won’t get postponed yet again, as it was the case in the past. In the end, this could be one of the most important cars Alfa produced mainly because the brand’s future depends on it.

But, Tonale won’t be the only model to carry such a burden. Upcoming Brennero, as well as the facelifted Giulia/Stelvio, will carry some of that weight until we see something new, hopefully in the form of a big coupe…