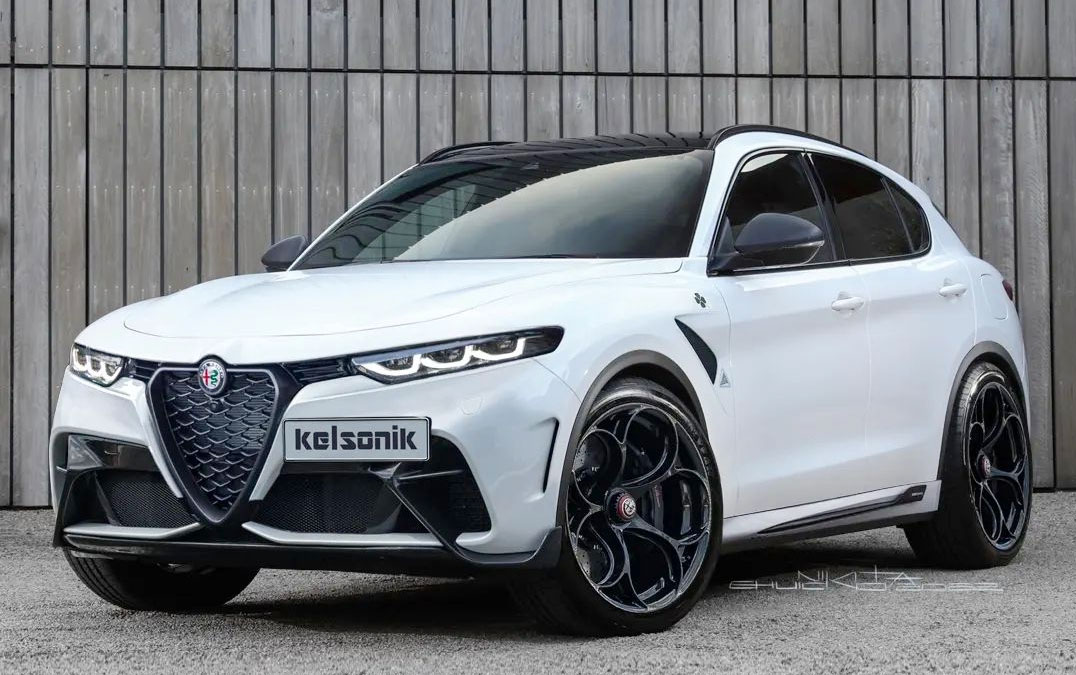 If we take a look at the whole picture, Alfa Romeo’s future is still uncertain. There are numerous models planned, but they are getting more and more diluted. Besides this, the management plans to electrify the brand, which is definitely not good news for hard-core Alfisti. Electrification is a double-edged sword.

On one side it might give Alfa a head start, but on the other, it might be the beginning of its demise.

How the whole situation is going to pan out, only time will tell.

However, one thing is for certain though. When it comes to the design, the brand is still on the top level.

As the main people stated, design language in the future is going to follow Tonale. While that might sound sketchy at first, it might not be such a bad idea.

So, today we are bringing you yet another rendering by the very talented Kelsonik who envisioned the next generation of Stelvio. We have to admit, it looks amazing.

The front end is inspired by Tonale, and it fits Stelvio well. However, the scudetto might be a bit on the bigger side which is following the automotive trends of the day but might be redundant. 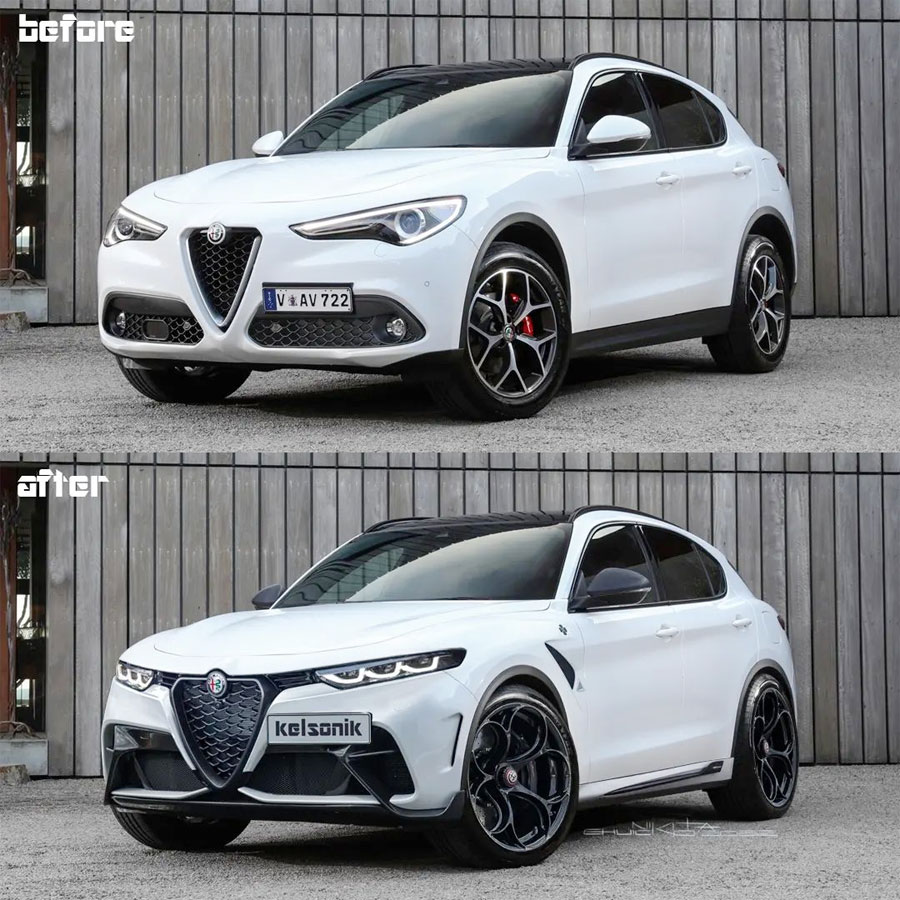 As you can see from the comparison above, the rendering looks much more aggressive compared to the current generation of Stelvio, but the designer still managed to preserve the elegance and style Alfa is known for. While it might not be everyone’s cup of tea, if the next-gen Stelvio looks like this, it will be a success.