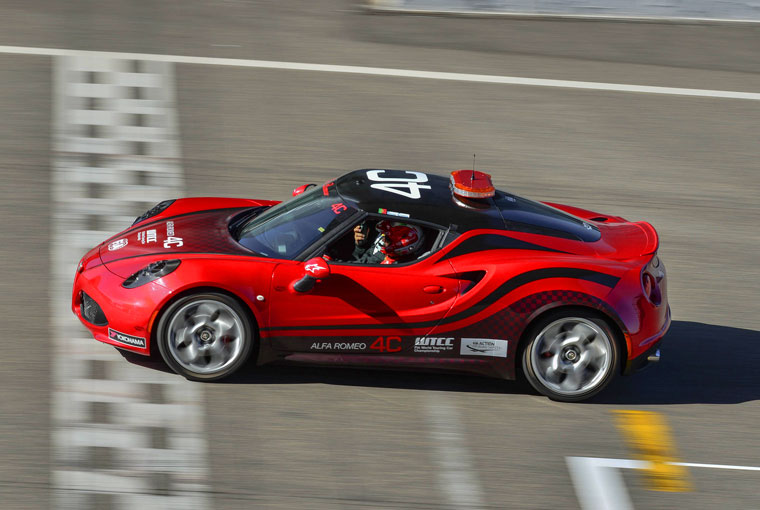 Latest Alfa Romeo masterpiece 4C has been chosen to be a safety car for WTCC. Just to remind you, Alfa 4C has been chosen as most beautiful car in 2013, and even though it might not pack huge number of HP, it still has super car characteristics due to its low overall weight.

One more accomplishment worth mentioning is its Nurburgring lap. It circled the legendary track in 8 minutes and 4 seconds breaking the track record in class in cars which have less than 250 HP.

Even though it was criticized for its lack of luxury and maybe practicality, this newest Alfa proved itself many times, and the most memorable is in Goodwood’s case where it beat track time of some big names like Corvette Stingray, Aston Martin V12 Vantage and Jaguar F-type V8S. Check it out right HERE. Alfa 4C safety car is going to start its role on 12th and 13th of April on Moulay El Hassan track in Morocco.