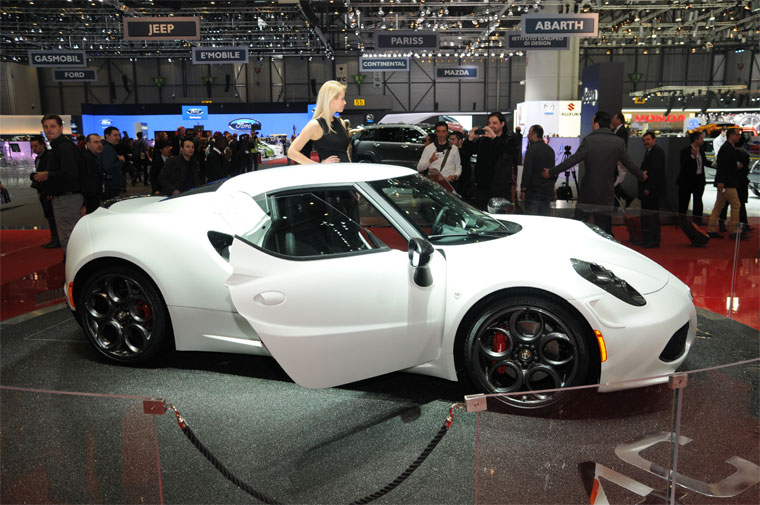 As we all know, Fiat’s management has been talking about Alfa Romeo return to USA for a while. First model that’s supposed to be introduced to North American market is new 4C. According to some reliable sources its price is going to be around 55000$ and its arrival is scheduled for second quarter of 2014.

4C is price-wise going to be a competition to new Chevrolet Corvette Stingray, as well as Porsche Cayman, but one thing’s for sure; it is going to be pretty tricky to get it since Alfa Romeo USA dealers are going the be already established Maserati dealers instead of Fiat’s, which kind of seem like a better idea right now.

4C production numbers do not really promise any significant profits for Fiat, but it is not the only model planned for USA market. Main people of Fiat said that they will drastically increase their presence on US market with their future Alfa Romeo models like Giulia, 169, spider (Duetto), and new crossovers.

Model that probably promises the most is the successor of 159 model the Giulia. With a new flexible platform developed, it seems that this model might be out sooner than we think.

Alfa 159 is probably one of the best looking cars ever made, and if Giulia shares some of that DNA, we should see a new spectacular Alfa that’s most definitely going to be able to compete with BMW 3 series. Check out more info right regarding Giulia in menu under “Alfa Romeo Cars”.

Another model which promises a lot is a roaster which is currently being developed in cooperation with Mazda. It is going to be called Spider or Duetto, and according to scarce info, we can expect technologically advanced, well designed Alfa, that’s going to be closely related to new Mazda MX5. Even though, it is going have pure blooded Alfa Romeo turbo engine and amazing interior and exterior design.

>When it comes to Alfa 169, we can’t expect it soon, but from the available info we can conclude that it is going to be a luxury Alfa that’s going to compete with Porsche Panamera, and BMW and Mercedes models in that class. SUV model and Alfa’s crossovers are still somewhat a mystery. Check out all info we got in “Alfa Romeo Cars” menu-SUV.

Alfa did well with 4C, if they stick to their plan regarding new models, and if they succeed in US, it will revive this Italian brand for sure, which will probably result in more quality Alfa Romeo sport models that will hopefully bring back that rich racing heritage.