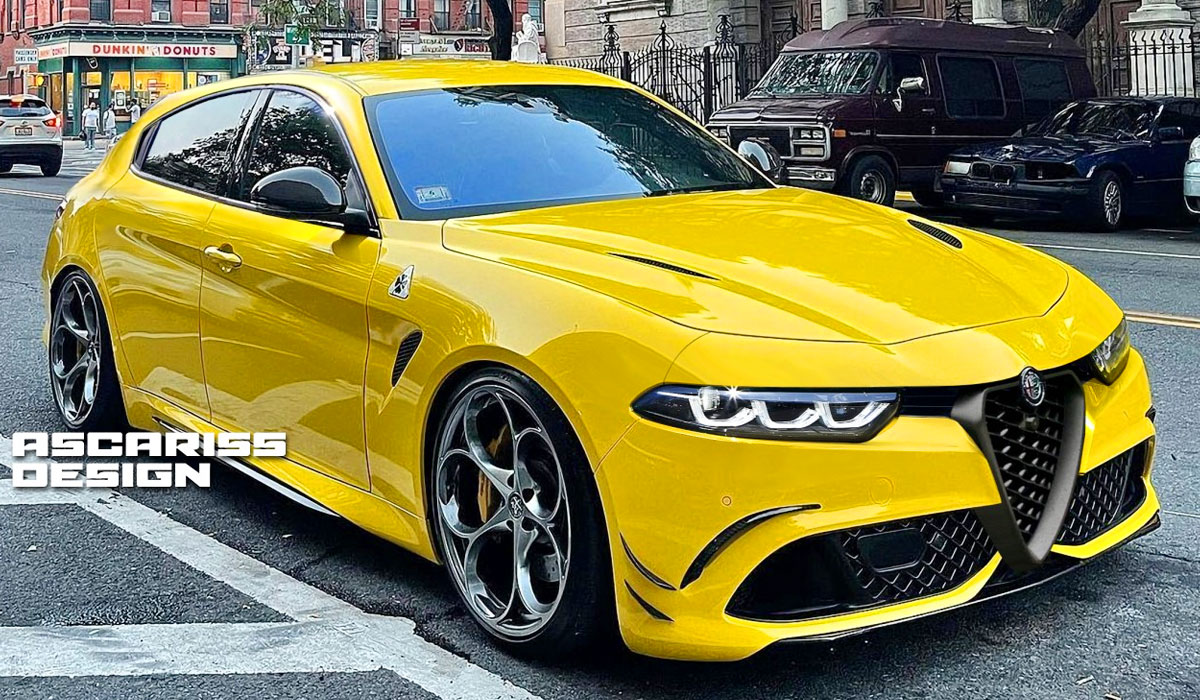 Alfa Romeo Giulia is essentially one of the best Alfas ever made. However, it seems like management is looking to replace the current form of the mentioned model with the upcoming GTV. This means that Giulia will probably take another form, and we might see it in the gran coupe version, or even as a hatchback envisioned in the render above done by very talented artists at Ascariss Design.

However, this particular design would be a better fit for a next generation of Giulietta.

While any information is scarce at the moment when it comes to next-gen Giulia, a big change is definite, according to some of our reliable sources.

Certain sources state that Giulia might become the new crosswagon similar to the version of the very popular 156 model.

As we mentioned above, all of the info should be taken with a grain of salt, since the main people are not revealing much.

But, they did reveal something to the Spanish press. It is their goal to give even more character to the next generation of Giulia which would be even more recognizable and would stand the test of time. Main man of the brand Jean Philippe Imperato went as far as describing the next Giulia in the form of SHOOTING BRAKE.

Honestly, our opinion is that it does not. The current Giulia is too good of a car to replace it with something more mainstream, that would ditch the current Giorgio platform.

Besides this, while we welcome electrification, the elimination of ICE engines altogether is the wrong move at the moment, since the technology is still in its early stage. While the profits might improve with this move, Alfa will lose the customers which care about it the most – the Alfisti…