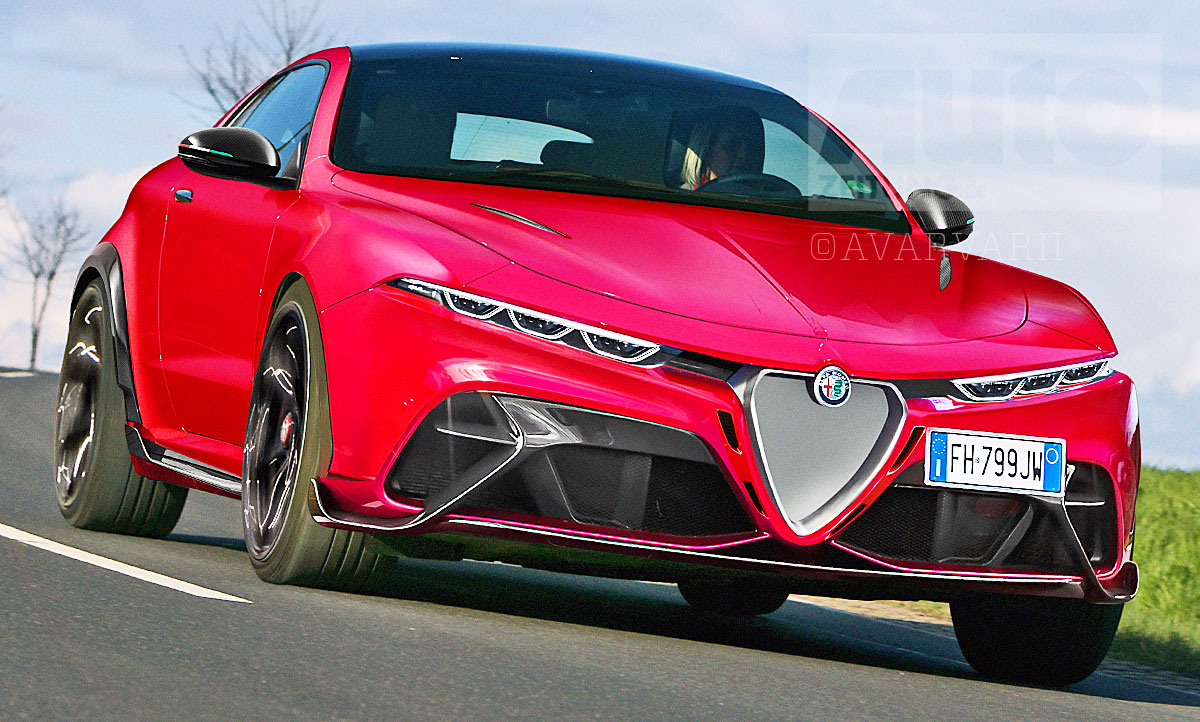 New Alfa Romeo GTV is coming back propelled by the Stellantis innovative technology. The interesting thing is that besides the fully electric version which has been discussed numerous times, we are also going to see the plug-in hybrid version with E-Boost technology, which will produce a combined of 600 horsepower.

The GTV is a legendary model from the famous Italian brand, and the first generation was based on Alfa Romeo Giulia.

The production ran from 1967 to 1976 and it proved itself as very successful in all spheres of the automotive industry.

The second generation was produced from 1995 to 2005, and while it didn’t have impressive sales numbers, it is one of the cars which is slowly becoming a true classic, especially the units equipped with famous Busso engine. The new Alfa Romeo GTV is getting a new lease on life under the Stellatis wing.

While the model successor was planned under the leadership of Marchionne, the new corporation first decided to give up on those plans. Now, it is becoming the priority again, and the main focus is going to be on the incredible design, that recognizable Alfa sportiness, and driving pleasure.

When it comes to the platform, the model is going to be based on the newly developed STLA-medium. This platform has been adapted for use with plug-in hybrids, and full electric powertrains.

It goes to show that the transition to fully electric vehicles is not going to be as smooth as everyone has been hoping for. One of the reasons for this is the demand for gasoline engines, which of course do provide better driving pleasure.

While the new Alfa Romeo GTV is not going to have a pure petrol powertrain, it is going to have the second-best thing, or even something better, depending on how you look at it. The plug-in hybrid version is going to come with a 2.9-liter V6 engine from Alfa Romeo Giulia/Stelvio QV.

The electric part of it is going to be an E-Boost system, similar to KERS, or kinetic energy recovery system, from Formula 1. This means that all wheels will be powered by the combined output of 600 horsepower.

The fully electric version is coming in two options. The less powerful one is going to deliver 330KW or just under 450 horsepower. The strongest version which will be powered by two electric motors in charge of all four wheels is going to produce an astonishing 660kw or just under 900 horsepower. This will be enough to push the new Alfa Romeo GTV to 100km/h, or 62mph in 2.7 seconds.

This highly anticipated model by Alfa is going to be presented sometime in 2024. Serial production models will hit the dealerships sometime in 2025. There is one thing that is still unclear though.

Marchionne envisioned the GTV as the coupe, which looks amazing on this particular rendering. However, we did get some info in the past which states its production plans as the 4-door coupe, or gran-coupe. Whether that’s going to be realized only time will tell, but coupe would definitely be more desired.