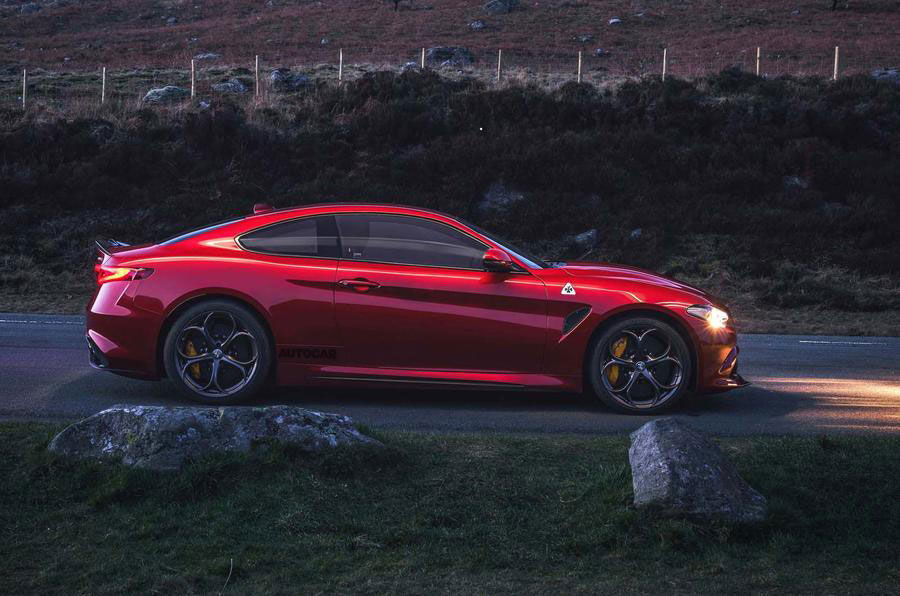 According to a reliable source, the new Alfa Romeo Giulia Sprint is going to be presented in October at the new Paris Motor Show. This coupe version of Giulia will be equipped, believe it or not, with an ERS system from Formula 1 which stands for Energy Recovery System, the same component found in one of the best Ferraris of all time, the LaFerrari.

The strongest version of new Alfa Romeo Giulia Sprint will produce impressive 650 horsepower (ERS and gasoline engine combined), which will be more than enough to take out strongest competitors like Mercedes AMG, BMW M4, and Audi RS5. According to the info available, QV version is not going to be the only variant available with ERS.

It will come as an option for Veloce version which will in combination with energy recovery system output 350HP. However, that is not all when it comes to engines.

Most popular options from Giulia will also be available like 2-liter turbo gasoline engine, and 2.2liter turbo diesel version. When it is all said and done, it seems like the new Alfa Romeo Giulia Sprint might be a blast.

And there is also speculations of a four-door version which make take Audi A5 Sportback and 4 Series Gran Coupe head on. But, we still have to take all of this info cautiously until we get some official news from Alfa Romeo. One thing is for sure, as you can see from the photo the Sprint will definitely be a looker.

Giulia look with a dropping roofline really looks appealing and when we consider that it will be lighter as well, with performance options listed above, we might get another masterpiece that’s going to be able to crush best in the class. The car is supposed to go on sale in 2020 and it will be the most powerful Alfa Romeo ever produced.